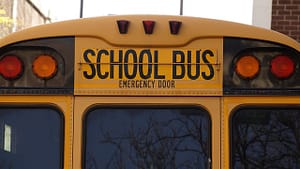 Is Your Student Safe on the Bus with No Seat Belts?

South Carolina may soon require all school buses to have seat belts. This has been an ongoing debate across the country for years. But legislators in the Palmetto State appear to be making it a priority in their legislative session which began just recently.

Three bills mandating seat belts in full size school buses have been introduced as well as one bill to update the school bus fleet. Rep. Gary Clary, from Clemson, SC, said he was inspired by a third grade class he met with. Two of the students, he said, asked why there are no seat belts on their buses and what could be done about it. “When you see things through the eyes of children, your perspective is changed.”

A recent bus crash in Tennessee strengthened his resolve to get it passed. In mid-November 2016, a school crashed on a curve in Chattanooga, killing six children. Police say the bus was travelling at 50 mph in a 30mph zone. The driver now faces multiple criminal charges.

In North Carolina, 1% of school buses have seat belts. But there is a state-wide initiative to change that. Thirteen counties are part of a new, pilot program placing seat belts in buses – mostly for elementary and special needs buses. As older buses are replaced, the new ones will have seat belts.

The South Carolina bill would mandate lap and shoulder belts in school buses. But there are lots of questions surrounding the proposal that could slow or stop the effort:

Lots of questions to be answered. We’ll keep you up to date. Like and Follow our The Law Offices of William K. Goldfarb Facebook page and continue to visit our website www.wkg-law.com for more information.