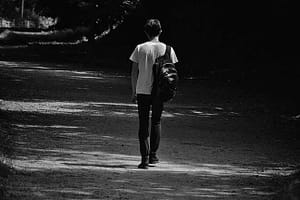 Robert’s Story:
Does he have a legal case with a disability?

Recently, we’ve been sharing information with you about the challenges and burdens of not only having a disability but also caring for someone with a disability. Today, we’d like to share with you the story of Robert. Although that’s not his real name, his story is real. And it should give us all pause.

Robert’s birth was a joy and a gift from God to his parents. He was a chubby, bundle of joy and his mom and dad couldn’t believe how blessed they were to have him in their lives. But as the months passed, his parents noticed some anomalies…. little things that they dismissed at first but that gradually grew to worry them. Robert was eventually diagnosed with autism or more precisely Autism Spectrum Disorder.

Autism Spectrum Disorder occurs more frequently in boys than girls. It impacts the nervous system and the range and severity of symptoms can vary widely. But the common symptoms are difficulty with communication, difficulty with social interactions, obsessive interests and repetitive behaviors.

Fast forward a couple of decades. Robert is now 24 years old. He lives at home with his parents and siblings. He doesn’t have the capacity to live independently and requires at least partial physical assistance, sometimes full assistance. Robert is also relatively uncommunicative. He does have a communication device to help him but for the most part he is unable to use words to express himself.

Over time, Robert developed a love for walking. His favorite route was to a nearby Walmart. He also attended a day program that offered various therapies designed to help him with everyday life. But about a year ago, Robert was struck by a car. He suffered no broken bones but the event itself was traumatic. Now Robert rarely leaves home during the day – sometimes refusing to even leave his room. He is easily frustrated and sometimes aggressive. When upset, Robert might bite his arm – a behavior that at one point left his arm with an infection that took a year to heal.

Doctors who have examined Robert feel the traumas have increased his anxiety level. While Robert has a good relationship with his family, he can be volatile – again, attributed to the trauma.

As a law firm, we are doing our best to help Robert and be of assistance to his family. Robert cannot help himself much and cannot communicate much detail about how he came to be struck by a car. That is one of the challenges in representing the handicapped and disabled and it is a challenge that we, The Law Offices of William K. Goldfarb, embrace. It has been a passion of Mr. Goldfarb’s for decades and led him into the practice of law.

If you have a loved one who is disabled physically or mentally, and if you suspect neglect or abuse, please consider us a resource. If you need help or just have a question, please reach out to us. You can call us at 704-296-0055 or simply submit your question through the “Contact Us” page on this website.