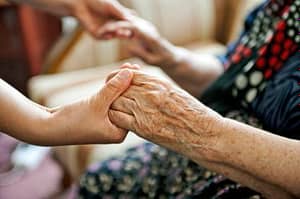 Each year, hundreds of thousands of adults over the age of 60 are abused, neglected or exploited. That’s one out of every ten, according to the Center for Disease Control. But only 1 in 14 cases of elder abuse is ever reported to authorities. In the majority of those cases, the abuser is a family member. But there are many cases also reported from nursing homes, assisted living and other facilities.

So how can you tell if your family member may be the victim of abuse?

Senior citizens who have been abused have a 300% higher risk of death. And elder financial abuse costs older Americans nearly $3 billion per year.

The National Council on Elder Abuse has found a number of disturbing statistics through its research regarding abuse and care facilities like nursing homes:

And, as you may suspect, the elderly are the least likely to report the crime. That makes them even easier targets.

So if you have a loved one in a care facility, be on guard. And if you need help or guidance with a suspect issue, feel free to contact us via this website or by phone at 704-296-0055. It costs you nothing and may give you some peace of mind.